The thing about pulling a trailer is you can travel long-term on a budget. When you’re out on the road for months at a time like I’ve been you don’t want to spend $70+ every night on a room. After taxes and everything, it’s been a long time since I’ve seen a room under $69 – unless you get out on back roads that were the touring grounds before the interstate system. But we’ll talk about that a little later.

Many bikers don’t like the idea of a trailer, as if it will take away some of your freedom. Maybe there’s some truth in that, but on the other hand it’s not much fun being piled up so much that you look like the Grinch stealing Christmas.

There’s a lot to be said for a minimal bedroll, I used to travel like that quite a bit. But if you’re on the road for any length of time or going to be visiting people, sightseeing, or doing business you’ll want a change of clothes and other items that you might carry if you were in a car. You can still maintaining your vagabond low budget way of life.

Sometimes it’s just good manners to clean up. Sometimes you want something different, or you’ve been told about this great place that’s on your route. Trust me, some places have no problem kicking you out for looking homeless. Even if you are homeless you don’t always have to look like it.

On the other side, having a camper on that trailer affords you a little more privacy and usually a better nights rest. Sleeping on the ground in 50 degree or less weather for several nights can really wear you out. Sometimes after a while it defeats the purpose of enjoying camping.

For where to go, there is open range, national forest, and BLM lands with no facilities for free. Areas with facilities for $7-14 a night (a week for less than one night in a hotel). And there are established campground that will charge more around $35 (KOA, etc) or more but throw in maybe a swimming pool and convenient location to food.  There are a couple phone apps that would also be useful.  UC Public CG, RV Parks and Campgrounds, Free Campsites, and my favorite Allstay Camp and Tent (it’s not a free app but I’ve found things on there that didn’t show up anywhere else).

Let me give you an example of what I’m talking about with all this.
I’m a touring musician. I might have 4 days between shows but only need 1 day to get there. So I find a place to kill some time, like a lake or something. I’m too old to wake up refreshed sleeping on the ground, and I need a few days of food, so in comes a camper trailer.  I need equipment and stage clothes, so there’s the cargo part of the trailer. Granted, I usually stay at a hotel the night of the show so I can get a shower before hand and not get lost in the dark is some strange place afterward – but that’s like one or two nights a week. The rest of the time I get to go fishing!

Now do that for months at a time and … see what I mean? I would be wet and miserable and unwelcome with just a bedroll. 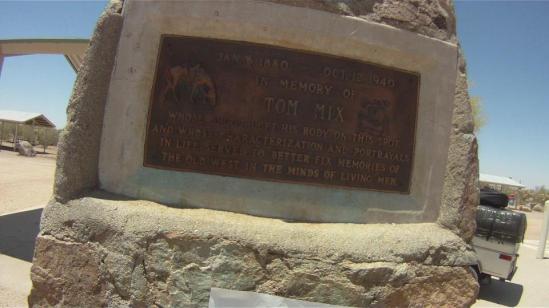 Back to backroad motels. I hope nobody reads this and changes their policy. I find a lot of immigrants are buying these motels as someplace to live and earn a living. The location of these don’t usually afford an area of gainful employment. Personally I think it’s a really smart move on their part, like the people who built them in the first place. A lot of time they’re will to negotiate a price for the room like we Americans used to do before greed set in. They know volume can mean good business.

I don’t know where else to go with this. I’m sure we’ll touch on it again in future articles, or if I collect enough questions we’ll talk more about it.